Comments Off on Hair by Dara

Dara is the proud owner of Wave Salon. She moved from an Aveda salon in Seattle, WA in 2007 to the Big Island of Hawaii. She continued to work for Aveda in Kona and then moved on to the resort salons to pursue more bridal experience. She was the salon supervisor for Hualalai Resort catering to the resort residents as well as the guests of the Four Seasons, Hualalai. Dara decided to move out on her own in 2010 as an independent contractor, and opened Wave Salon in 2013. She specializes in hair color and cuts, and also provides bridal services that come to you.

Comments Off on Fall into Color

Time to start thinking about transitioning your summer hair color into your fall hair color.  Warm it up a bit with copper highlights.  Subtle or bold, we will keep you fashion forward and with the current...

Wave Salon will be hosting a full service headshot special event soon! Come in, let us make you even more gorgeous, and go home with fabulous and professional headshots! More Detail Coming...

Comments Off on Nails @ Wave Salon

Comments Off on Skincare & Waxing by Mariana

Kohana ili is your one-stop-shop for all of your skincare and waxing needs. Kohana ili means “bare skin” in Hawaiian and we take pride in using all-natural products. We make sure your experience is customized to suit your specific skincare wants and needs. Our mission is to provide affordable and accessible treatments so that skincare and waxing become a necessity rather than a luxury, giving you preventative versus corrective care. 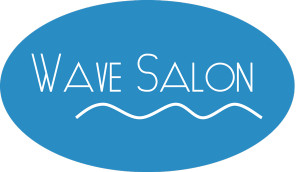